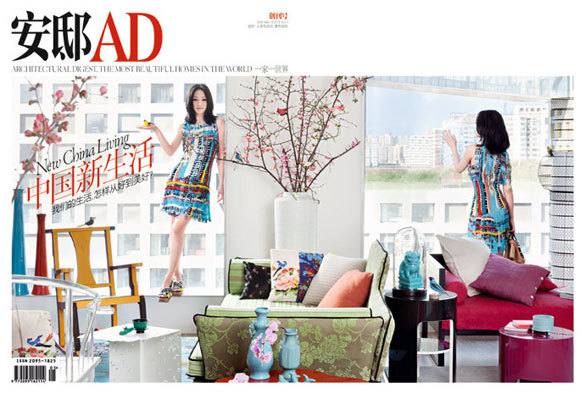 Although the U.S. decorating-magazine industry has been rocky in the last couple years as favorite titles such as House & Garden and Domino have folded, shelter magazines are actually booming internationally. The Los Angeles Times did a great article on this phenomenon recently, explaining the main catalyst for these publications’ success:  The middle classes in countries including China, Russia and Brazil are becoming wealthier, thus purchasing new homes that need to be decorated.

The renowned Architectural Digest has launched Architectural Digest China, and an India edition is predicted to come out next year. Interior design blog The Editor at Large also reported on a new Middle East edition of Good Housekeeping, which is set to come out in November. But in addition to these American spin-offs, many other shelter magazines are springing up as “home-grown publications,” according to the L.A. Times.

Interestingly, a number of these titles are getting design ideas and publishing projects by American designers. What do you think about the success of décor magazines around the world? What’s your favorite shelter magazine, here or abroad?

More of Next Year’s Hottest Hues

5 Tips for Making a Lasting Impression with your Foyer

Add Accessories to Your Room for a New Look

Great Tips for Decorating and Decluttering Your Kitchen