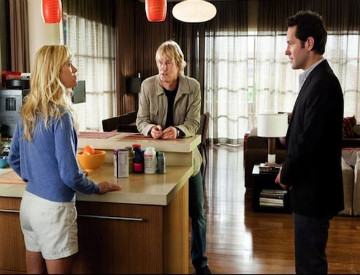 Reese Witherspoon and Owen Wilson’s romantic comedy “How Do You Know” hit theaters this past  Friday. The comedy follows Witherspoon’s character Lisa who is struggling to find herself after being cut from her softball team. Things get interesting as she begins dating  Wilson’s character Matty, a major league baseball pitcher and Paul Rudd’s character George, a businessman. Throughout the movie things become just as complicated as interesting. However, the interior design is a different story.

As it is important in any interior design be it from movies or real life, the designs reflect the personalities of each character. To describe Wilson’s quirky character the set designer incorporated dashes of color and unique pieces of furniture. The apartment of Rudd’s character features neutral tones in a more traditional design. Take a look at the interiors of “How Do You Know” and let us know which character’s apartment you like the best.

The apartment of Wilson’s character Matty

The apartment of Rudd’s character George 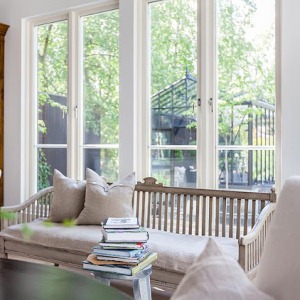 Designer to the Stars: Martyn Lawrence-Bullard

Add Sparkle to Your Kitchen Design with a Chandelier

Have Sweet Dreams with a Rustic Headboard

Battle of the Barbeque

Merry Christmas from The Decorative Touch
Scroll to top